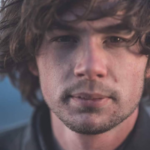 West Yellowstone is a town in southern Montana, on the western edge of Yellowstone National Park. Home to much, you can head to its numerous attractions year-round – though there’s one time that stands out: Spring. 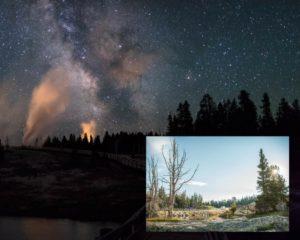 Spring is a magical season in West Yellowstone. Steam rises from the near-frozen rivers and the morning light is crisp and the air, fresh. Yellowstone’s flourishing wildlife begins to wake up, hesitantly emerging from hibernation, hungry, and curious. 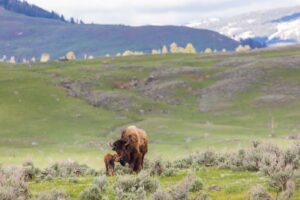 Spring-time, you’ll see bears traversing slopes with their cubs, herds of elk, bison grazing, roaming moose and if you’re lucky – which isn’t unlikely – golden eagles! It’s a photographer’s dream and in general, one hell of an experience. 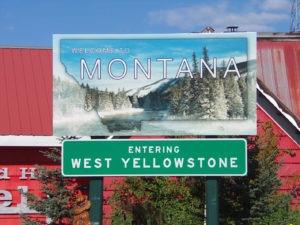 Crust cruising is an attractive phenomenon in West Yellowstone. What exactly is it? Cross country skiing, essentially. West Yellowstone is a magnet for the sport. Through to late Spring, or for as long as the snow holds, adventurers meander onto the frozen, serene wonderland about West Yellowstone. It’s an activity worth rising early for, so to catch the morning’s golden light while it shimmers on the ice-coated pines. Top locations for crust cruising are Hebgen Lake, Big Horn Pass, and Fawn Pass. At the edge of town, you can venture onto the meadows around the Rendezvous Ski Trails (that double as biking trails during the summer). With crust-cruising, the destination really ticks boxes. Especially for me, a total novice of the sport. 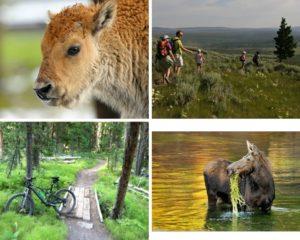 Visitors may enter on non-motorized vehicles via cycle-only days. You can ski, hike, bike – the list goes on. Of those, the most popular is bicycling, and West Yellowstone caters for it perfectly – try the West Yellowstone to Mammoth route to see how. It meanders through one of the more wildlife-filled areas of the park, and there’s a high likelihood of seeing bison, elk, and other local inhabitants. In short, cycle-only days are an opportunity to immerse yourself in the local nature, at a lower cost, without compromising a fulfilling experience.

The Grizzly and Wolf Discovery Center 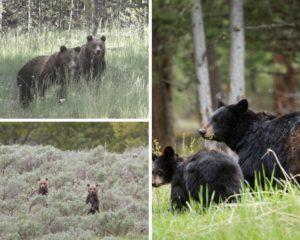 The Grizzly and Wolf Discovery Center is one of West Yellowstone’s pride and joy attractions. Visiting, you’ll find that each of the bears and wolves have highly individual characters, each with their own story. They’ve all been rescued, or relocated to the center, having previously been a nuisance to people. The center offers visitors the chance to safely see Yellowstone’s finest wildest inhabitants, up-close, and year-round. 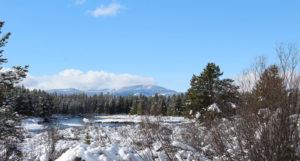 On the 17th of August 1959, an earthquake triggered an 80-million-ton landslide into the Madison River. In less than a minute, it severed the river, and formed Earthquake Lake. Back then, measuring 7.5 on the Richter scale, it was the largest earthquake to occur in the lower-48 states. Today, the Earthquake Lake Visitor Center provides interpretive insight on the seismic events that occurred in West Yellowstone. The center offers panoramic views of the mountain that collapsed, and the resulting Earthquake Lake. Visiting the center is a solid way to further your understanding of Yellowstone’s seismic nature, and it’s all great fun! West Yellowstone can only be described as one of the highlighting destinations of The West. From history and science, to outdoor sports and recreation, it has it all – for everyone. On the doorstep of Yellowstone and one and a half hours’ drive from Bozeman International Airport, this gem is more than worth checking out. 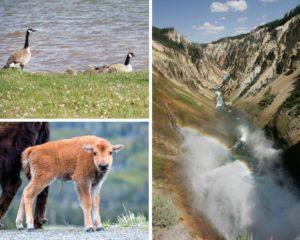 This story has been created in partnership with Destination West Yellowstone, Montana.