Birdwatching Across Arizona Season by Season 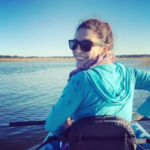 Birdwatching, sometimes considered a niche outdoor activity, has become increasingly popular in recent years. Due to its diverse landscape and convenient placement along migration routes, Arizona is one of the most visited Southwestern states for birdwatchers from around the world. The secret to a great birding adventure is knowing what to look for during which season. So, whether you’re an avid aviary enthusiast or just a casual hiker, grab your binoculars and use this helpful guide for spotting Arizona’s beautiful birds.

This story was created in partnership with Arizona State Parks and Trails.

Spring: the time of year when natural beauty is abound and full of rejuvenated splendor! It’s known as one of the best seasons to spot wildlife, especially for birdwatching in Arizona. Owls are one of the most magnificent and common birds to observe during this lively season. From barn owls to screech owls, these predatory birds become more active (and more likely to see) during their spring mating season, particularly during early morning and evening hours. Luckily for birdwatchers, almost every Arizona state park is home to at least one owl species. If you’re hoping to catch a glimpse of the impressive Great Horned Owl, try your luck at Patagonia Lake, Catalina, Red Rock or Kartchner Caverns state parks. Occasional spring sightings of the Elegant Trogon near Patagonia Lake have also been reported. This striking bird is characterized by its greenish head and neck, white collar, and bright orangish-red breast and belly.

Similar to owls, there are several species of hawks that call nearly every Arizona state park home. Birdwatchers can sometimes find the less common Black Hawks species in Red Rock State Park, as they migrate north out of their native habitats towards Mexico and Central America in the summer months. Likewise, the Elf Owl, which is roughly the size of a small sparrow, can be found in Catalina State Park along with the colorful Varied Bunting songbird. Summertime is also a bird watcher’s paradise for observing hummingbirds, which steal the show during the warmer months. A variety of these spritely creatures can be seen throughout most of Arizona’s state parks and nature preserves taking advantage of the wildflower blooms typical of late summertime. Don’t blink, or you might miss these quick little fliers!

Although fall is considered a quieter season for birdwatching, there are still plenty of birds to spot if you know where to look. The Cactus Wren is the quintessential bird of the American southwest, and is often heard before it’s seen. Listen for their scratchy, abrasive call; one of these impish birds is usually nearby hopping along the desert floor and cacti plants. In Red Rock State Park, keep your eyes peeled for the Kingfisher, recognized by its blue and orange feathers. While you may not expect to see coastal and aquatic birds in Arizona, you’ll be pleasantly surprised by an American White Pelican sighting in Roper Lake State Park during spring or fall. You can’t miss these massive white birds whose wing span reaches up to nine feet!

Like fall, winter is often underrated for its birdwatching opportunities. However, the winter months are a great time for spotting waterfowl, which make their home away from home in the temperate lake waters at Patagonia Lake State Park. You’re also likely to catch Goldfinches flitting around Catalina State Park, flashing their distinctive yellow and black feather patterns. Winter is also an excellent season for spotting Harriers, a distinctive hawk species, in Kartchner Caverns State Park.

No matter which Arizona state park you choose to visit, you’re likely to spot a variety of birds during every season. Birdwatching requires minimal equipment and is the perfect way to explore and appreciate the rich biodiversity found across the state of Arizona. 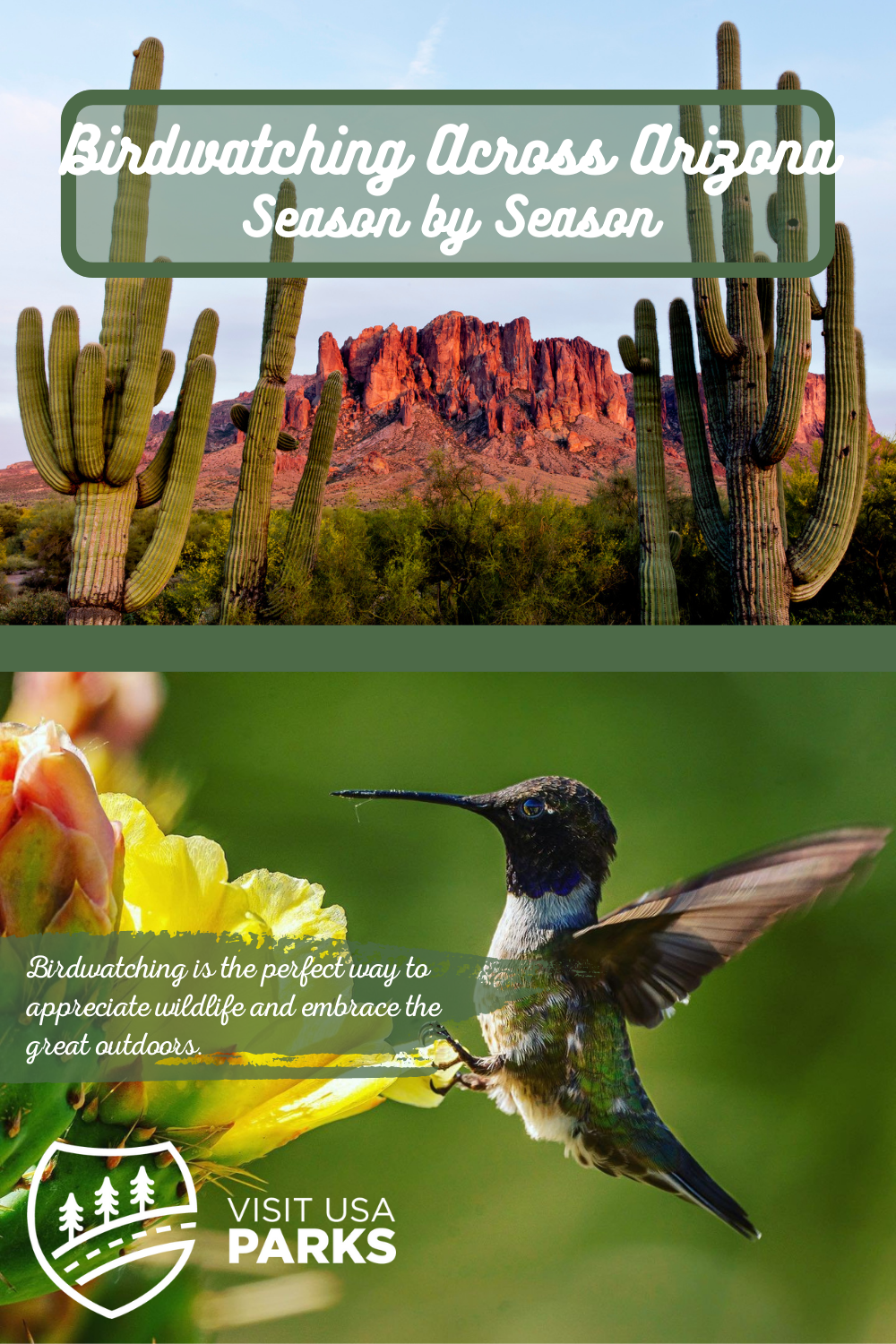