With a name like Badlands, you’d expect the landscape to be dramatic. And it is. Rugged buttes jut out from the surrounding prairie lands in a way that’s somewhat unexpected and absolutely stunning. During golden hour, the scenery is even more spectacular as the sun’s soft light enhances the color of the buttes, making them even more striking.

Those that only have a short amount of time to visit this park should plan on driving the Badlands Loop Road (SD Hwy 240), which offers excellent views of the Badlands. Ben Reifel Visitor Center is a great stop along the way to learn more about the park’s cultural history, ecology, and paleontology.

If you have more time to explore, check out the hiking trails or bike routes, do some birdwatching and wildlife viewing, or visit the Fossil Prep Lab and watch paleontologists at work.

Badlands National Park is just one of the many things to see in the Black Hills area. Those that have a few days in the area may be interested in this itinerary.

Located the farthest east of the parks on this list of Midwest national parks, Cuyahoga Valley National Park has plenty of historic charm in addition to its natural beauty. One example of this historic charm is the Stanford House, a house that belonged to James Stanford who was one of the original settlers of the Cuyahoga Valley. Today, visitors are able to book a room and spend the night at this historic house! Historic charm can also be seen in The Inn at Brandywine Falls, another one of the park’s lodging options.

Another piece of history that runs through Cuyahoga National Park is the Towpath Trail, which follows the route of the Ohio & Erie Canal. This canal played a pivotal role in the settlement of several communities and the United States’ industrial development.

The park also has plenty of opportunities for outdoor recreation including hiking, mountain biking, kayaking and canoeing, winter sports, and more. Questing, a treasure hunt of sorts, is another popular activity in the park. For a unique experience that’s also a great way to see the park, take a ride on the Cuyahoga Valley Scenic Railroad. This train can also be used as a shuttle to/from hiking and biking adventures in the park!

Gateway Arch National Park is unlike most other US national parks because of its urban setting. Formerly called Jefferson National Expansion Memorial, it gained national park designation in February 2018.

Located right in St. Louis, the 630-foot Gateway Arch dominates the city’s skyline. For a unique experience and different perspective, visitors can take a tram ride to the top of the arch. While the visual focal point of this national park may be Gateway Arch, visitors shouldn’t miss the history associated with this landmark. A museum tells the story about the Native Americans, pioneers, and explorers that helped make America what it is today. The Old Courthouse is another place at this national park that visitors can tour and learn more about United States history.

With fifteen miles of beach, Indiana Dunes National Park is great for swimming and beach-going as well as water activities such as kayaking, fishing, and boating. Other outdoor activities include hiking, bird watching, horseback riding, and more.

Within the national park’s boundaries are also some interesting historic buildings including some Century of Progress homes. A home tour of these unique homes is held each year. Indiana Dunes Outdoor Adventure Festival is another event the park hosts.

In the heart of North Dakota’s Badlands lies the state’s only national park, named after Theodore Roosevelt who spent a significant amount of time there prior to becoming President in 1901. Theodore Roosevelt National Park (TRNP) has acres of prairie lands along with the more rugged landscape of the Badlands. The Little Missouri River winds through the park as well.

TRNP is home to a variety of wildlife including bison, prairie dogs, wild horses, and more, providing excellent wildlife watching opportunities. Other activities visitors can do in the park include driving the Scenic Loop, hiking, horseback riding, canoeing/kayaking, and camping. You can also explore a few historic places in TRNP, including Theodore Roosevelt’s Elkhorn Ranch and Maltese Cross Cabin.

To learn more about things to do near Theodore National Park, click here.

Minnesota is known as the land of 10,000 lakes, so it makes sense that its sole national park includes several lakes and islands. Voyageurs National Park is located way up north, along the US-Canada border.

Because of its lakes and waterways, Voyageurs National Park is an appealing destination for those interested in canoeing, kayaking and boating. To have the best experience at this national park, you’ll likely want to find some way to get on the water, whether it’s with your own watercraft, a rental or by guided tour. Voyageurs is also a popular place for houseboats.

Wind Cave National Park is located in the Black Hills area of South Dakota, and features one of the longest caves in the world. When visiting this national park, you should definitely try to do a cave tour in order to get a closer look at this amazing underground geological formation. Above ground, you’ll find an abundance of prairie lands, with trails for hiking and horseback riding.

Those planning to visit Wind Cave National Park should also plan to make Custer State Park a part of the trip! If you’re planning to make the Black Hills area part of a Yellowstone road trip, check out this itinerary.

Instead of just driving through the middle of the country right by some of these lesser-known national parks, consider making them a destination for your next trip! 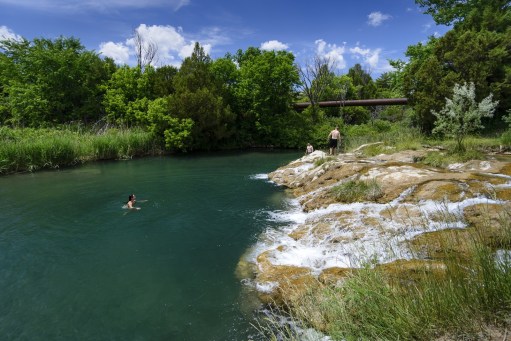 Where to Find the Best Hot Springs in South Dakota

Sturgis, SD: The Perfect Base for a Black Hills Vacation 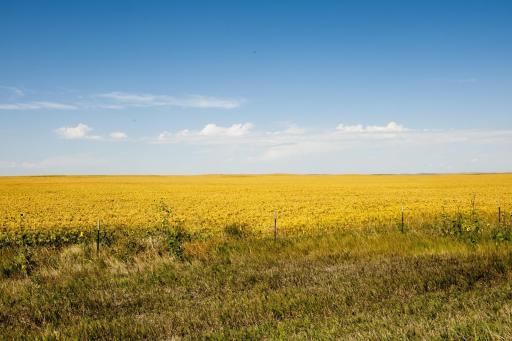 Morgan County: Where the Prairie Meets the Sky 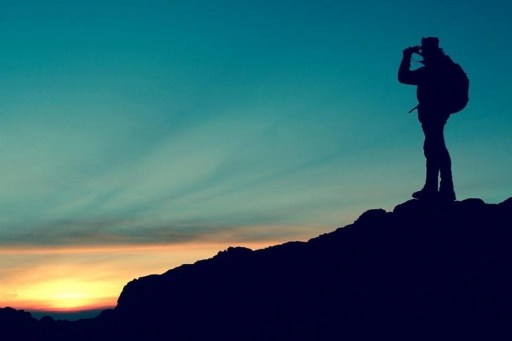 The 6 Least Visited National Parks in the Lower 48 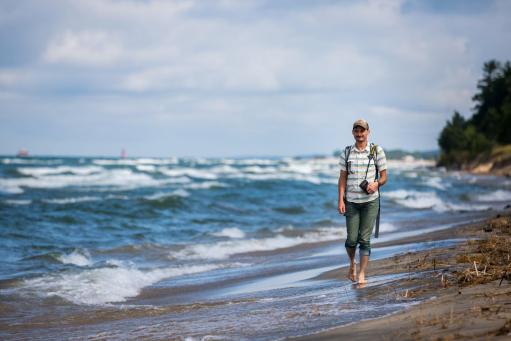 Grand Rapids for the Outdoor Explorer