Author, Christine Reed, tells a sweet story about her experience with Grand Canyon National Park, as part of a Visit USA Parks essay contest. "I knew Arizona was magic and I wanted to be in it."
Arizona  Camping  Hiking  National Parks  Southwest 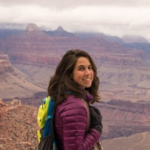 I moved to Sedona, Arizona in December 2017, having only been once before to visit. On my previous trip, I had spent several days basking in the glory of the Red Rocks and the famous glow of the energy vortexes. It was my 27th birthday. Six months later, when the opportunity to move to Sedona presented itself, I took a leap of faith. I knew Arizona was magic and I wanted to be in it.

My first day off work was Christmas day. I hadn’t made any friends yet, so I drove to Grand Canyon alone. Just past Flagstaff, cell phone reception became a distant memory and the high desert felt like an endless blend of tan and red with the San Francisco peaks looming in the rear view. Windows down, I sang along to “Grand Canyon” by the Wind and the Wave, the cool, dry air on my face. You haven’t lived till you’ve been to the Grand Canyon. I was about to live. When I arrived at the canyon, I pulled into the main Visitor’s Center parking lot and ran to the closest lookout point. My breath caught in my chest as I gazed into the depths of the canyon. I had never seen something so large, so all consuming. As far as I could see East and West were the branching veins and arteries of the canyon, stretching on in perpetuity.

The park was nearly empty, the canyon was all mine. I stood leaning over the railing at Mather Point with my mouth agape and tears in my eyes. I took a photo with my phone—the kind of photo that would later feel flat and dull. Painters and photographers have spent lifetimes trying to capture the Grand Canyon, but it cannot be taken from Northern Arizona. You can’t experience the canyon from your living room in Minnesota. Standing at the precipice, there is a sense of grandness. I hate to use the word “grand” to describe the Grand Canyon, but it just is. Not only because of its vastness, but of its magnificence. The complexity is overwhelming and the depths unimaginable.

Only 1% of visitors step below the rim, I couldn’t resist. The warning sign at the Bright Angel Trailhead is a stiff deterrent. Alone, unprepared and largely inexperienced at desert hiking —I allowed myself only a quick jaunt down the tight switchbacks. Just a mile or so. I knew I would be back.

Over the next few months, I felt the pull of the canyon. Every chance I got, I returned. I visited in January with a man I was dating. We held hands as a fierce wind whipped my hair around and a light snow dusted the ground and the inner peaks. I drove back in February alone, and ran down the trail with nothing but a water bottle and the tears of heartbreak on my cheeks. Hikers and tourists watched and whispered as I passed. By March, my job had completely taken over my life and the Grand Canyon became the only place I felt like Christine anymore. Every time I drove along U.S. Highway 180, I sang those words—sometimes I yelled them at the top of my lungs. You haven’t lived till you’ve been to the Grand Canyon. I hurled my pain into the canyon, I told it my secrets, I let it take those things I couldn’t carry. Every time I visited; I went a little deeper.

In April 2018, I quit my job and left Arizona. My visits to the canyon became less frequent —but I still felt the pull. In May 2019, I guided a hiking trip down Bright Angel Trail to Plateau Point—a challenging 12-mile round trip. In July, I visited the North Rim for the first time. It’s a quieter version of the canyon, higher in elevation, a bit less desert-y feeling. The beauty is surreal. But it wasn’t enough.

The ominous signs at every trailhead warn hikers against attempting to reach the river and return to the rim in a day. But I had to. I had to know the deepest part of the canyon. But I couldn’t do it as a hiker—I needed to run. I’d never dreamed of anything so difficult. In October 2019, I stood in front of the North Kaibab Trailhead sign for a photo at 5 am. My running partner and I emerged from the Bright Angel Trail on the South Rim twelve hours later. I have never felt more alive. In this magical place, I did something I never dreamed of elsewhere. 24 miles of dirt trail passed beneath my feet—the canyon was not an obstacle, but the very thing that sustained me.

Within its walls—I too am grand. 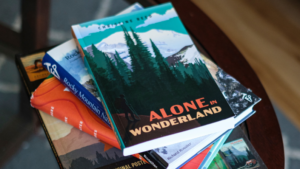 When I set off to backpack the Wonderland Trail in Mt Rainier National Park—I was searching for something. A sense of meaning, a sense of calm, a sense of belonging. Things I felt that I had lost somehow. I was lonely and adrift, traveling solo across the US in a converted passenger van. I wandered from city to forest, searching for friends and community. But above all, searching for myself.

As I walked those 93 miles around Mt Rainier, I wondered if my feelings of loneliness and being adrift were more universal than I was giving them credit for. Are these feelings not the same which call so many of us to the beautiful natural places in this world? Don’t we all want to look out over spectacular views, admire nature’s majesty, understand that we did not create something—yet it is still good? There beneath Mt Rainier’s glaciated peak and raging rivers, among her lush forests and precarious boulder fields, her friendly marmots and curious bears let me know that I did not need to have the answers.

Somewhere along that trail I thought for just one moment—this is who I am. I am a person who is standing on the shoulder of this beautiful mountain, understanding how we are all connected. But it was a fleeting thought, replaced again by a yearning.

I didn’t write Alone in Wonderland to explain to you who I am. By the time you read it, I’ll be someone else. This is a story about the evolution of identity—the constant seeking and reimagining of who we are in the world. Alone in Wonderland is meant to serve as a reminder that a change of scenery may be the catalyst you need to help you find yourself, but only if you do the inner work when you get there. 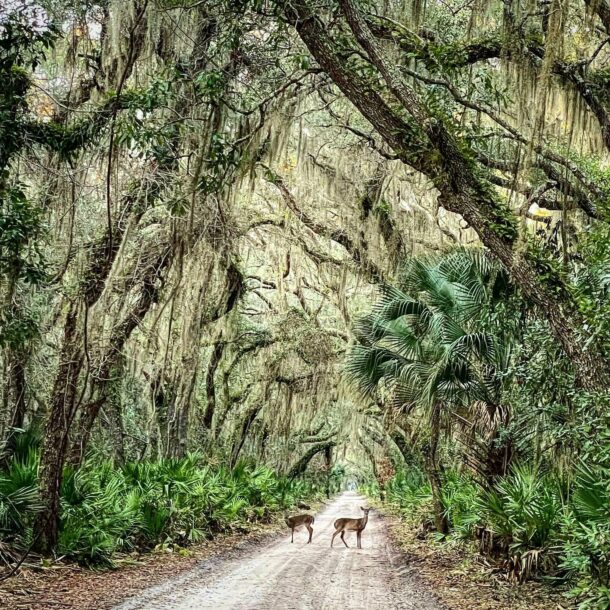