A Brief History of National Parks

Here at Visit USA Parks, we’re all about knowing our history. Heading to a national park this summer? Brush up on your national parks history and impress those forest-green clad rangers.
History and Culture  National Parks 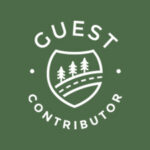 The rich history of national parks began in 1864, with a humble presidential initiative. President Abraham Lincoln signed the Yosemite Land Act, which would guard and protect the lush northern California landscape that would later become Yosemite National Park. Abraham Lincoln, perhaps seeing the steady rate of U.S. expansion, intended to preserve that land for future generations―and it’s certainly good he did.

The Manifest Destiny of the United States to spread to the Pacific was devastating for Native American communities, and for the environment at large. The mass migration of European immigrants, recently freed slaves, and soldiers after the Civil War meant that the United States was seeing far more human traffic than ever before. The creation of a cross-continental railroad, increase in agriculture, and industrialization were extremely hard on the environment.

In many ways, the United States has never been able to recover since this period of great change. The bison that used to roam freely across the plains now live predominantly in protected areas, like Yellowstone National Park. Many native species were pushed out to make room for people to settle, like grizzly bears, wolves, and elk. Thankfully, these species have been able to survive, due largely to the wildlife rehabilitation efforts of our famous national parks.

If America had steamrolled its natural beauty in an attempt to thrive, the country would have lost much of its distinctive charm and grandeur. Lincoln’s move, the first dedicated conservation measure, set a precedent for a national park system that would honor America’s heritage and history for years to come. Guess he was hiding a pretty big brain under that top hat of his.

Curious about other national park history milestones? Here’s a timeline to give you some additional information on what you’ll be visiting on your next national park vacation.

A Brief History of the National Parks

Thirty-four years after the founding of the first park, President Theodore Roosevelt established Mesa Verde National Park. Characterized by ancient Pueblo dwellings, this park was the first dedicated to the preservation of America’s First Peoples’ history. Today, these ancient buildings are fully protected, and will be kept for generations to come.

1916: THE NATIONAL PARK SERVICE IS BORN

President Woodrow Wilson signed the Organic Act, which created the National Park Service, the organization that oversees all of America’s national parks. This service now employs over 20,000 people, and cares for over 85 million acres of land! Next time you see a ranger, thank them for taking such good care of our parks!

The national park registry began to include additional national monuments and military sites, like Gettysburg, the site of a notable Civil War battle. National parks had become not only places to conserve America’s beauty, but to preserve the nation’s already storied history.

During the Great Depression, many people found employment through the newly established Civilian Conservation Corps. Employees and volunteers focused on conservation and construction projects in the parks, leading to an economic boon associated with them. This time period, while fraught with conflict and devastation, was one of the turning points in both national park history and the history of the world.

1935: MUSEUMS ADD TO THE HISTORY OF NATIONAL PARKS

Congress passed the Historic Sites Act, giving it permission to expand federal support for historic site preservation. As part of it, museums were built on national park property and an emphasis was placed on public education efforts. Today, the National Park Service even offers virtual museum exhibits of special collections. Now, you can learn the history of national parks without even leaving your house!

More than 400 sites of historic and natural significance exist in the United States national park system. Following America’s example, over a thousand have emerged worldwide. The U.S. National Parks have set a precedent for countries everywhere to enjoy the beauty that makes them unique, and to ensure future generations will continue to do so.

Visit the national parks yourself!

There’s no better way to understand why the national parks became a vital component of U.S. culture than by visiting one yourself! Check out our itineraries to plan your next national park trip, and see all the small towns and hidden gems along your route!

Information for this article gathered from the following sources: the U.S. Department of the Interior, the Sierra Club, and the National Park Service.